The Chef Hierarchy In The Kitchen: Types of Chef levels

Do you ever wonder what goes on behind the scenes of a commercial kitchen? How does this seemingly small unit manage so many diverse orders daily? Is it a chaotic scene or does a chef hierarchy efficiently manage it?

A commercial kitchen has to make sure that meals are prepped, cooked, and served as per the standards. Surely, this is not an easy task that can be completed with the snap of a finger. This is where a chef hierarchy comes into the picture. Each person has a definite role and a chef title so that they carry out all tasks seamlessly. Altogether, these roles comprise the chef hierarchy. Most large-scale, kitchens have a set hierarchy. This delegation of tasks ensures things run smoothly and they are able to serve quality meals.

Australian restaurants practice French Brigade System to allocate the roles. This technique has long been in use in culinary setups, circa 19th century. As a result of rapid technology take over, many smaller roles within this system have become useless. Still, many kitchens have their own bespoke version of this system. Each system is made to best fit their cuisine and service needs.

What is Chef Hierarchy 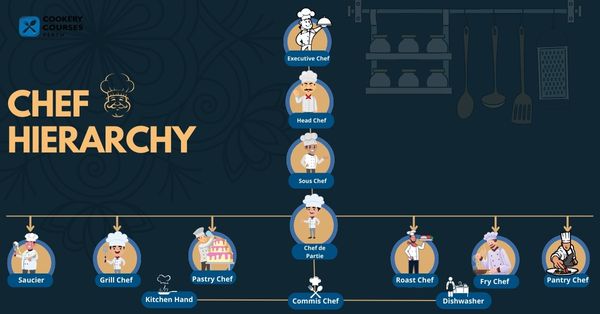 The French Brigade system is generally known as the chef hierarchy. This hierarchy consists of many positions and levels. Each of these levels has a key role in the proper functioning of the kitchen. There are typically 5 posts and in this article, we will discuss each of these in detail. With more and more individuals electing to dine out every other day, they are in high demand.

And why wouldn’t it be? Hospitality is a booming industry that hires several thousands of people each year. Furthermore, it is expected to grow further in the next years. The culinary arts are doing better than ever as more people prefer eating out. Getting a job at a restaurant, in general, calls for a lot of hands-on experience. But opting for a Culinary Arts certificate can open doors to many opportunities. As we mentioned above, In every commercial kitchen, there are many job roles that make the kitchen operate smoothly. They also have to be time-sensitive while delivering the order. In this blog, we’ll discuss the levels of chef hierarchy in a commercial kitchen. 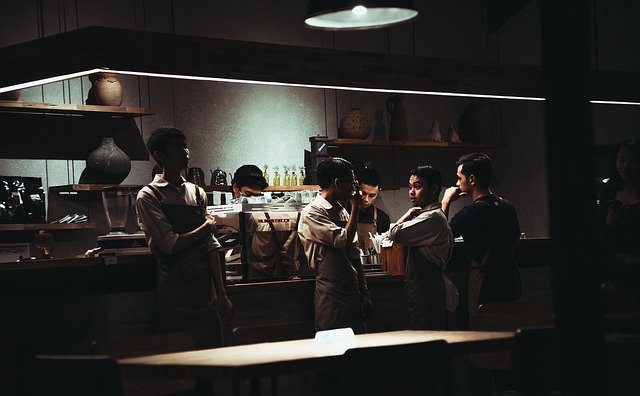 Let us take a look at each of these in detail:

His role requires having managerial and leadership skills as it is a management post. The executive chef is usually a senior chef who has been around long enough to enter the administrative level. So these chefs, do not exactly oversee the daily running of the kitchen as a whole. In place of that, they supervise the functioning of the business as a whole. This may include, coming up with marketing strategies and making sure the quality is at par with standards. This role is mainly present in large establishments and high-end restaurant chains. These chefs manage employees, assemble menus, oversee budgeting, the kitchen’s inventory and stock, and other restaurant operations.

Although they are highly experienced chefs, most of their tasks occur beyond the kitchen walls. Also, they coordinate with the restaurant manager and head chef to ensure the success of the business.

If there is no executive chef on board, the head chef stands at the top level. Similar to the role of an exec chef, the head chef manages all areas of the kitchen. They create menus, control costs, and lead the kitchen staff. In some cases, head chefs entrust the cooking to the sous chef and the rest of the staff. But in many places, they have more of a hands-on approach and partake in everyday cooking activities. They mediate between suppliers and the business and optimize the kitchen costs. Those who have a great deal of experience and expertise in the culinary industry can become head chefs. Their expertise comes in handy while deciding the menus as they possess great knowledge of flavors as well as cooking methods.

The sous chef is also the one who is ‘second-in-command’ in the kitchen. They act as a link between the head chef and the line chefs. Also, they are actively involved with the day-to-day kitchen operations and staff management. When the head chef is busy or occupied with the administrative front of the kitchen, the sous chef oversees in-kitchen tasks. This role calls for great culinary knowledge and leadership skills. A Sous Chef is french for “under chef”. Moreover, Sous Chefs also assist the head chef in managing the kitchen, managing the line chefs, and monitoring the activities.

The need for a sous chef varies based on the kitchen restaurant’s size. Typically there may be 2-3 Sous Chefs, but in large kitchens, 10-15 Sous Chefs are employed to keep everything in line.

Chef de partie is also known as station chef. These station chefs have certain assigned roles in this hierarchy. Besides preparing the food for customers, they are allocated duties for different stations that have differing food categories. There are several positions under the title of station chef. For instance, there is a chef in charge of cooking the seafood and one that is in charge of the meats. There are all kinds of chefs like vegetables, curries, sauté, and desserts chefs. All roles come under the station chef category, also known as the chef de partie.

Besides the positions listed above, there are many other positions in a kitchen hierarchy. These positions are usually given to those who are still going through the process of learning some sort of culinary skill.

This is a junior position in the chef hierarchy. People who are still training in culinary skills hold this title. They help out the line cooks during busier hours and will train in other skills during quieter hours.

There can be any number of kitchen hands in a kitchen, this totally depends on the size of the kitchen. These people serve as a helping hand for tasks relating to food preparation (peeling, washing, etc) as well as other duties.

As the name suggests, the dishwasher is in charge of cleaning all the utensils, cutlery, and dishes used for serving customers and kitchen staff.

What is the Highest Level of Chef? 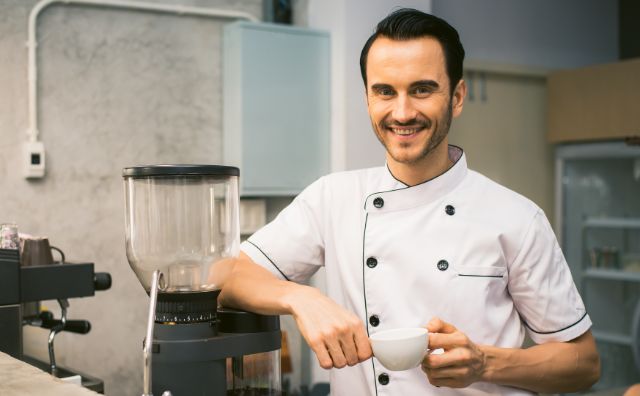 The executive chef is the supreme power in any commercial kitchen. The executive chef has administrative duties which are rewarded after many years of experience in different kitchen roles. They decide and redesign the menu which changes several times a year. Besides this, the executive chef makes sure the kitchen runs efficiently by managing the other chefs.

One can’t enter this role without spending years learning the nitty-gritty of commercial cooking. This role requires people who are highly experienced. As a result, they have earned the power to make certain business decisions that pertain to the kitchen.

Enrol in Our Commercial Cookery Courses

It’s a widely known fact that a certificate or degree in commercial cooking can give you an edge in the culinary industry. This is why we recommend getting a certificate in commercial cookery. When you appear for interviews chances are executive chefs who are alums of cooking schools, will be on the hiring team. As true for all hierarchies, the higher your position, the more experience and skill you have. These days, many people who want to work in the field of culinary arts have pursued some kind of formal certificate. Based on your long-term goals, a Certificate III or IV in Commercial Cookery will be a perfect start to your journey. These courses cover all the fundamentals of food safety, technical skills, and stock management. This course blends theory and practical work and paves the way into the hospitality business.

The Chef Hierarchy In The Kitchen: Types of Chef l

How to Choose The Best Culinary School | Best Tips 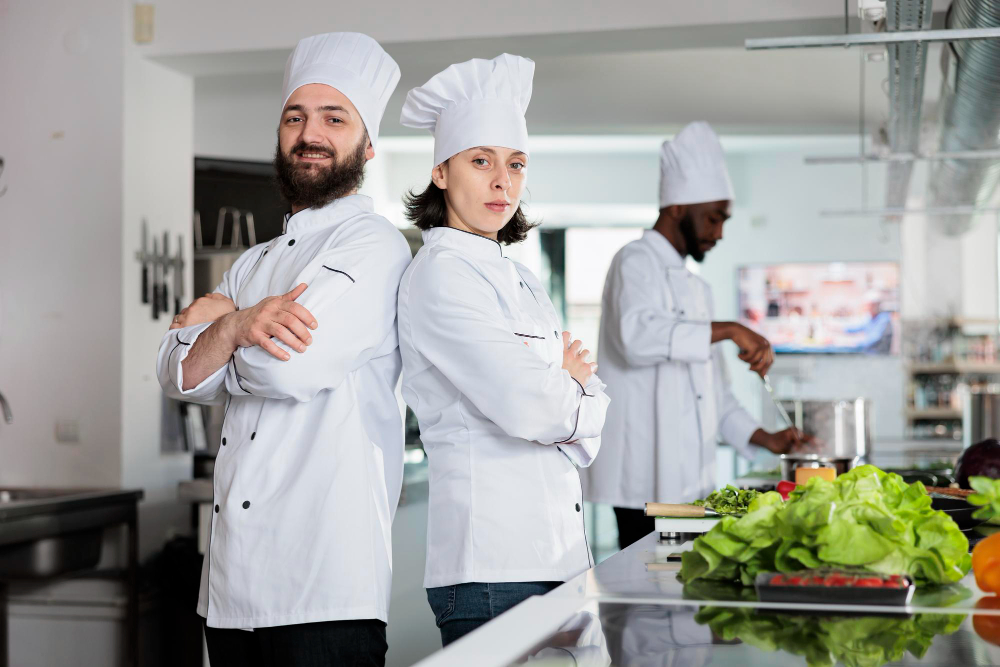 What is the Difference Between Cert 3 and 4 in Com 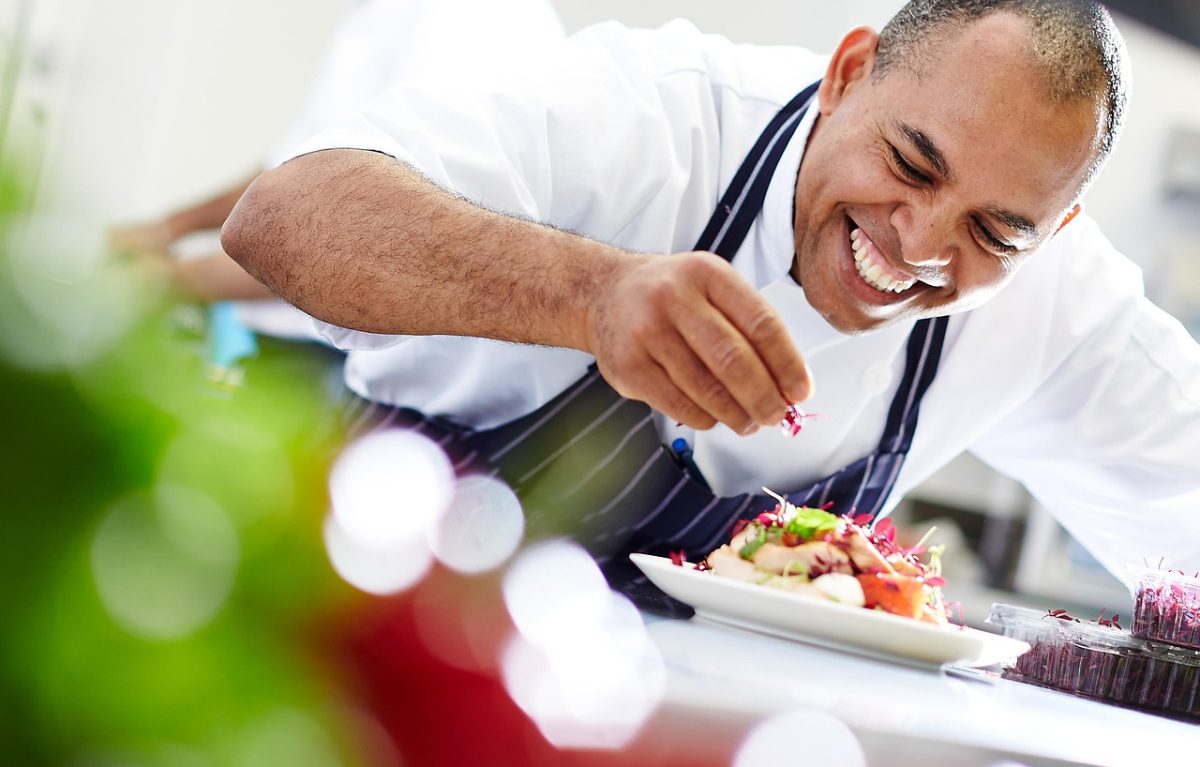 5 benefits of pursuing a cookery course in Austral

Why Consider To Study Cookery Courses in Australia

Is A Career In Hospitality Industry Suited For You

Enhance Your Cooking Skills With Certificate III I

How To Choose A Right Cookery Course That is Truly

Types of Chef levels What is Chef Hierarchy What is the Highest Level of Chef?

We are always happy to help out whatever way we can